20 Jul An age old conflict, a lack of will and an underlying cash corruption

The conflict between Herders and farmers for Scarce Resources in Nigeria has been an age old one which has seen both sides destroy lives and properties in deadly battles, attacks and reprisal attacks. Mid 2016 I happened upon a discussion on my twitter timeline where a radio broadcaster had tweeted that the conflict between the herders and farmers were greatly exaggerated.

For an On Air Personality of great influence to have said this without having facts to back up his position as I eventually found out, I was extremely disturbed because there are many more influential people who are doing the same thing and in that faith, spreading misinformation without even knowing it. So in a bid to know more myself and to correct this misinformation, I went in search of data on the subject matter. I discovered a local geospatial startup, they had collected data on the crisis from 1980, I reached out to them and we partnered on visualizing the datasets.

The datasets were collected news reports of attacks on villages by the herders, it detailed the number of lives and properties destroyed, dates of attacks and geo locations. It was quite revealing. In a few days I had come up with some infographic(s) based on the data, I went back to that timeline where the On Air Personality was being engaged by his followers who felt he was out of order to make such a claim without facts. I tweeted the infographics in the comments.

What followed next was explosive. The nature of the discussion changed. A new debate ensued, this time the people were talking with facts and numbers and asking why the previous governments had let this slide for so long. That period in partnership with the local startup, we advocated for government to intervene in the killings by finding a middle ground for both parties and setting up policies that will ensure these attacks do not reoccur. 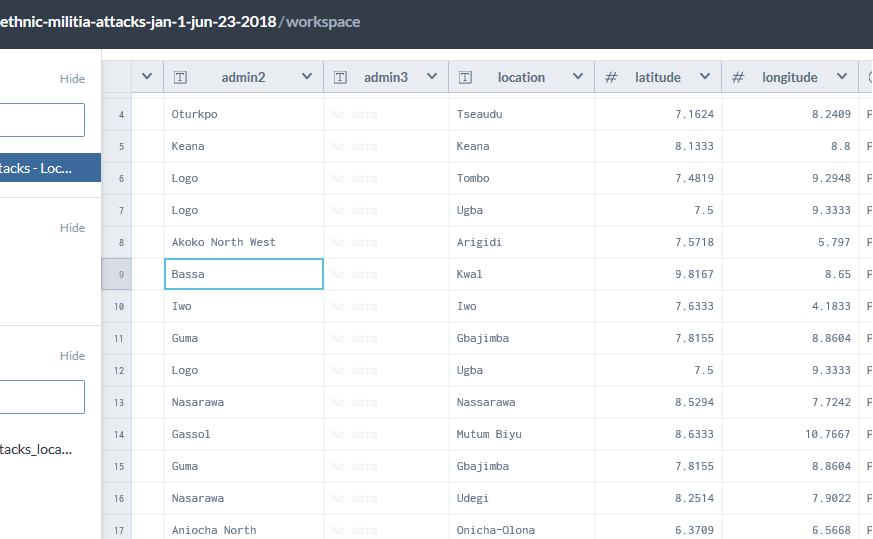 2 years down the line, despite advocacy, several white papers, reports and policy talks by government, concerned individuals, international and local civil society organizations, the conflicts have been unabated. The government grossly showed a lack of will to do what needed to be done. In 2016 an attack on the farmers popularly termed ‘Agatu Massacre’ which occurred in Benue state, in the middle belt claimed between 300-500 lives and millions of properties were destroyed. Between 2013 and 2016, over 5,000 lives have been lost to the Agatu farmers and the herders conflict. The aftermath of the attack looked like that of a Civil War.

After the 2016 attack, there were several attempts by government to establish commissions for grazing reserves and ranches, however this policy was rejected at the National Assembly saying they do not have the powers to legislate on matters relating to livestock, that only the states have powers to legislate on grazing matters and livestock animals. Three senators had presented three bills to the senate. Bill one sought to establish Grazing Management Agency which will ensure the development of grazing areas across the country. Bill two sought to establish National Ranches Commission for Regulation, Preservation and Control of Ranches, while the third sought to control keeping and movement of cattle in Nigeria.

The weekend before June 25 2018, there was another reprisal attack by the herdsmen militia. This attack claimed over 300 lives according to Amnesty International, and it was widely reported that this was a reprisal for the loss of over 300 cows. This event is now stirring a long-held tensions over religion and ethnicity. Plateau, one of the most ethnically diverse states in Nigeria, has suffered deadly conflicts for more than a decade; over 7,000 people have died between 2001 and 2011. 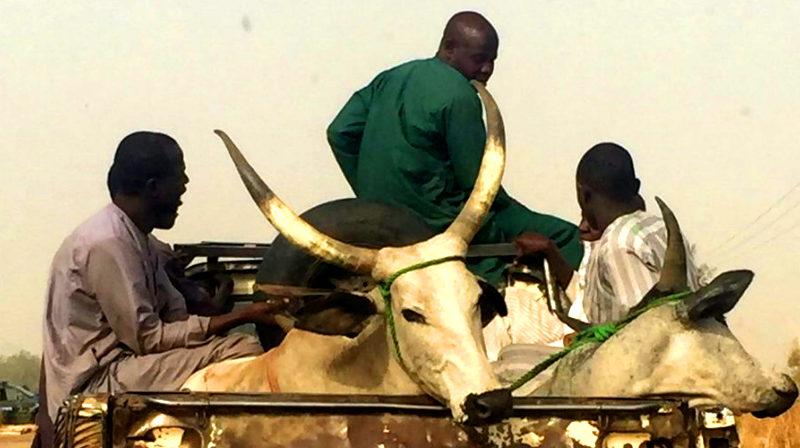 Climate change and corruption in the force

Earlier this week on Tuesday, according to reports from Thisday, armed bandits on motorcycles stormed five neighboring rural villages in the Maradun district of Zamfara state, firing indiscriminately and stealing livestock. At least 30 people have been reported dead. Cattle rustling and kidnapping for ransom has been on the increase in Zamafara of which herding and farming communities are the targets. Just a week before, an attack of the same style had occured, leaving about 32 people in villages on both sides of the border between Zamfara and Sokoto States dead. One would wonder if these are reprisals, or perhaps politically designed to make the region restive towards an unseen gain as many pundits are saying.

Due to climate change and food insecurity, transhumance from neighboring Niger, Cameroon and Chad are migrating into the country from the borders. According to information from Military officials, criminals and militias from across these borders are behind some of the recent attacks, however the Fulani are widely held as the perpetrators. This brings the debate to review or not to review the ECOWAS Protocol on the Free Movement of People and Goods which ensures free mobility of the community citizens i.e. citizens of member states. But there are bigger concerns.

Transhumance have been forced to find new routes and terrain due to the war with Boko Haram which has entered regions where they grazed their cattle. People in remote areas are most vulnerable to attacks. The military have been accused by natives of duplicity. It will be recalled that in 2016, the Minister of Interior, Gen. Abdulrahman Dambazau, retd, while being interviewed on a Channels Television programme, “Question Times” said the deployment of the Army to repel the Fulani herdsmen menace was not an option, in his own words;

“This is a non-military issue that borders on law and order. It is not every security issue that you call in the military. It is the responsibility of the police to maintain peace. I believe that if we put the police in proper position in terms of discharging its functions, then there would be no need for military option. The police are equal to the task. If you have to deploy the army, then you are going above board. In any case, I do not even have the power to deploy the military for anything. It is only when the situation gets out of hand that you invite the military.”

Thousands of people have lost their lives to these attacks, yet according to the minister, the situation is not yet ‘out of hand’. The Police Service who he said is equal to the task have proven inadequate. The rural communities are exposed and their response times to reports of attacks are very slow. There is also the issue of corruption in the police force. A few weeks back, the Police officers in Borno State took to the streets of Maiduguri to protest five months of unpaid allowances. This points towards a grande corruption in the Police service. If the Police who have sworn to protect the lives and property of a state are degraded and denied of their rights, how will the safety of the people be guaranteed? 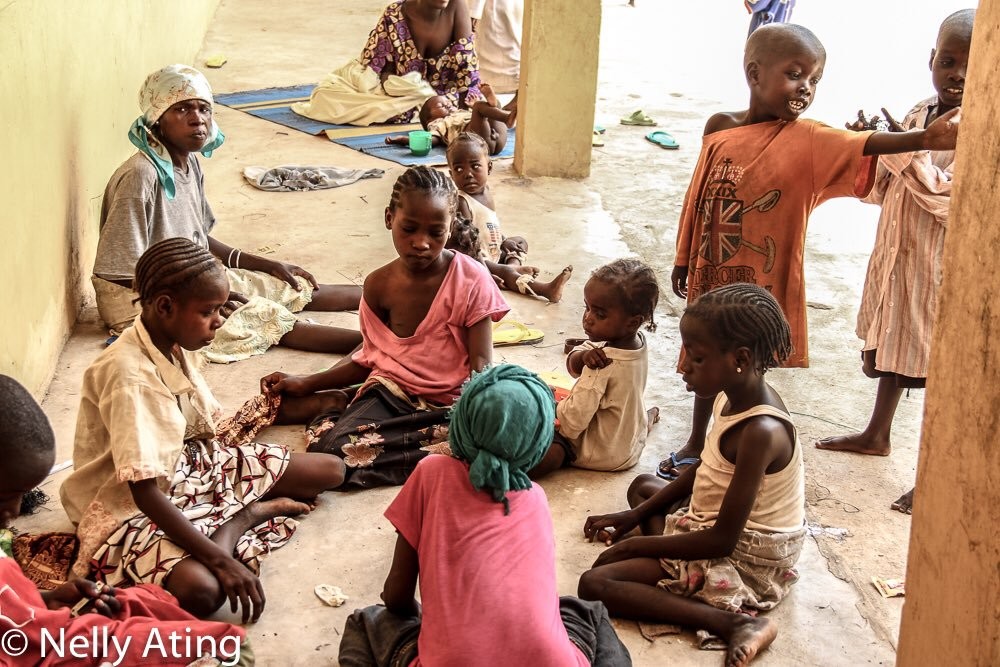 Across Plateau, Enugu, Benue, Taraba, Nasarawa, Niger, Plateau, Cross Rivers, Zamfara, Kaduna, Adamawa, Katsina, Delta and Ekiti states communities in, areas where this conflict have been rife, more people are being displaced. In Benue for example, there are about 180,000 IDPs in 8 Camps made of farmers and their families who have since fled their communities and farmlands. Government is recommending ranching, but a lot of people are against the use of public funds to finance cattle herding which is a private business.

There is a looming famine in some of these states mentioned, the policy discussions are mostly around ranching, the creation of grazing routes and reserves. The NEC and the Northern Governors’ Forum are also in support. What is seldom talked about is how the people whose farms and properties have been destroyed will be compensated. States like Taraba, Ekiti and Benue currently are implementing and enforcing Anti-open grazing laws and several parties have voiced their minds against this. This a move by the states to negate the application of any grazing bill to their states due to their nefarious nature.

A plethora of issues political and otherwise plagues the resolution of this bloodletting. The bills if passed into law is likely to dispossess the farmers of their lands and pass it on to the cattle herders of which the profits go into private pockets leaving the farmers and land owners in despondent poverty. I find this problematic because cattle rearing is a private business. Government can provide enabling environments, loans or grants for businesses, but it cannot and should not force people to give away their lands without compensation or outright payments. For a crisis that has persisted for so long, and lives and properties destroyed on both sides of the farmers and the herders; the quicker the solution the better.

Camouflage cash and a one side story 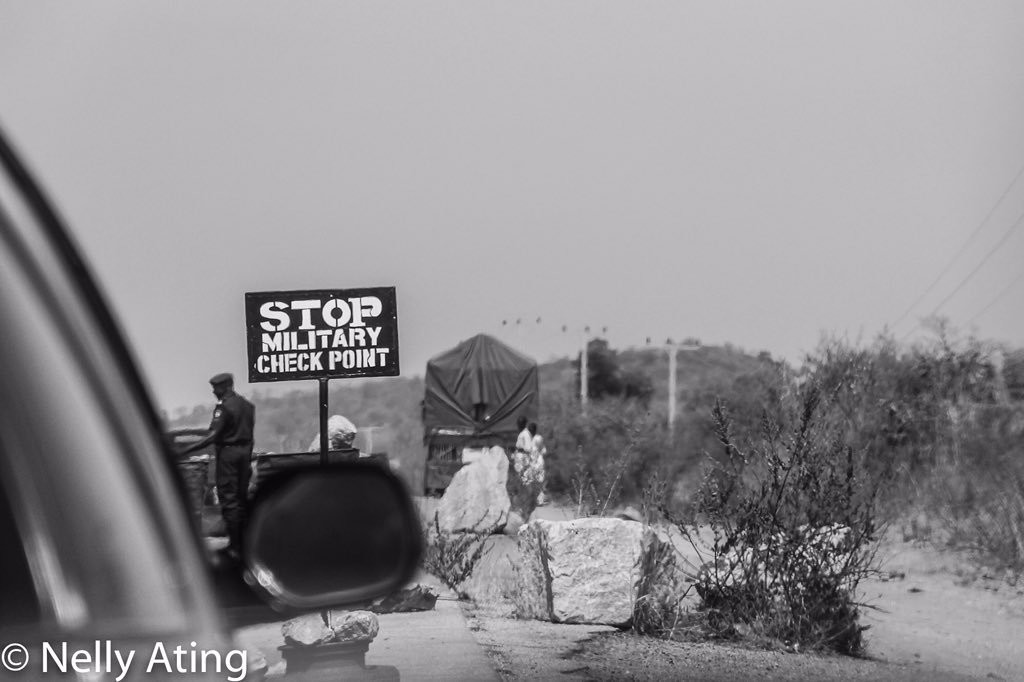 Haven followed this issue for a while, there are constant trends; the herders are complaining of a one-sided storytelling spearheaded by the media. The communities have echoed the complicity, duplicity and bias of the government, security agencies, and policy makers. There is a huge attention on what benefits the herders over compensations and what becomes of the farmers and displaced persons from this conflict. More so, there are conflicting facts, figures and misrepresentation of information.

Yearly the Nigerian government spends an average of N241.2 billion on security votes that are never accounted for or subjected to public scrutiny. These funds, are often made available in cash to the president, the state governors and the local government chairmen. They are neither subject to independent audit or legislative oversight, and therefore are disbursed at the discretion of the executives. The high state of insecurity in the country only shows one thing, that most of these funds are embezzled and that only little is used for what its set out for.

Under the present administration, budgetary allocations to security has massively increased. In April this year President Muhammadu Buhari approved the release of $1 billion to Nigerian Defense authorities for the purchase of security equipment to fight insecurity in the country. Many have decried the approval saying that its actual intent is to act as a ‘war chest’ for illegal electoral activities towards 2019 reelection bid.